Jean-Paul Belmondo, one of the greatest French actors, passed away today, September 6 2021. He was 88. 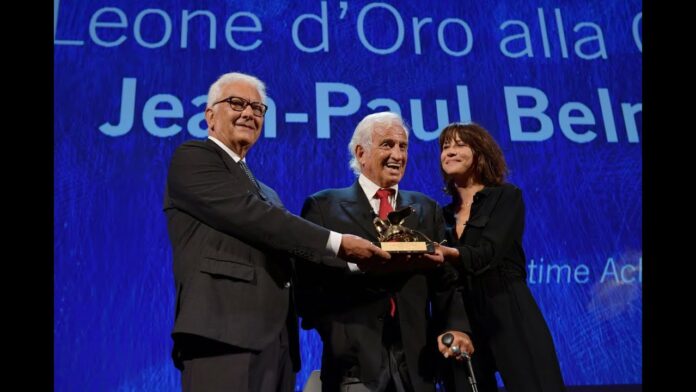 Jean-Paul Belmondo, his life and career

Jean-Paul Belmondo, one of the greatest French actors, passed away today, September 6 2021. He was 88.

He is the protagonist of the movie that opened the Nouvelle Vague, A Bout de Souffle by Jean-Luc Godard. Belmondo crossed 50 years of French cinema working with the greatest French directors working in movies that are part of cinema history.

Belmondo was born in Neuilly-sur-Seine on April 9 1933. He started his acting career while attending Conservatoire national supérieur d’art dramatique. During the four years of study shared his time with other students such as Jean Rochefort, Jean-Pierre Marielle and Bruno Cremer.

He started working on stage in 1953 and worked in cinema for the first time in 1959. He worked almost immediately with the young directors of the Nouvelle Vague, but he was also chosen by Vittoria De Sica for an important role in his movie La ciociara.

It was 1960, Belmondo already worked with Marcel Carné and the young Claude Chabrol e Claude Sautet. Revolution was behind the corner.

Michel Poiccard, aka László Kovács, the outlaw of A Bout de Souffle is the role that let him enter in the history of cinema. Jean-Luc Godard shaped a new language, Belmondo and his partner on screen Jean Seberg became the icons of a free cinema. Belmondo became the most popular French actor, he worked with Jean-Pierre Melville, Mauro Bolognini, Philippe De Broca discovered his natural inclination for comedy.

He worked again twice with Godard and chose him for François Truffaut La sirene du Missisippi (1969).

The following year arrived probably his greatest popular success in which share the scene with his friend Alain Delon. Borsalino is an outstanding gangster movie and his François Capella is a memorable character.

During the Seventies and the early Eighties is committed to action movies, in the late Eighties came back on stage with Cyrano de Bergerac achieving incredible success.

On August 8 2001 he suffered a stroke that drove him away from public life for many years. Cannes Film Festival gave him the Palme d’honneur in 2011.

In 2016 he received the Leone d’oro alla carriera from Venice Film Festival.